Madina Institute offers courses taught by world-renown scholars specialized in various subjects.  This is a unique offering that allows students to experience learning from people of knowledge without having to travel the world.  This gives students direct access to scholars in every field of study. 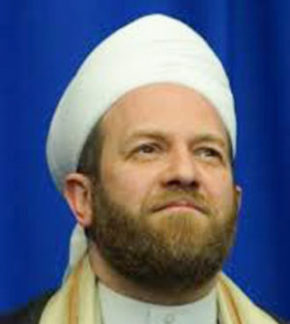 Islamic Studies
Shaykh Muhammad bin Yahya al-Ninowy is the Founder and Director of Madina Institute, an Islamic seminary in Atlanta, Georgia, with campuses in South Africa, the United Kingdom, Norway, Sudan, and Malaysia. Dr. Al-Ninowy is considered to be a Muhaddith; a scholar of Hadith sciences. He has authored books in Usul, Creed, Hadith, and Sufi sciences. Al-Ninowy traces his lineage back to the Prophet Muhammad. He has been a pioneer working on grass root levels to bring back unconditional compassion and love as the central themes of religion and has been the forerunner promoting non-violence among all people and religions worldwide. Al-Ninowy also holds a bachelor’s degree in microbiology from the University of Illinois, and a doctor of medicine degree. 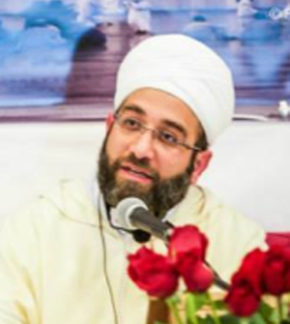 Islamic Studies
Shaykh Issa is a graduate of University of Damascus, School of Shari’ah. He was an Imam of a historic Masjid in Aleppo, Syria for years, before he came to the U.S.A., where he is currently the Imam of Masjid Hamzah in Alpharetta, Georgia. He specializes in the Sciences of Tajwid (Proper Quranic Recitation & Pronunciation) according to the narration of Hafs by ‘Asim, Hanafi & Shafi’i Fiqh (Jurisprudence), and Ihsan (Spirituality / Purification). Among his teachers are his father Al-Sayyid Yahya bin Muhammad (ra), his brother Shaykh Sayyid Muhammad bin Yahya al-Ninowy, Shaykh Rajab Deeb, Shaykh Mohammad Saeed Ramadan al-Buti, Shaykh Ramadan al-Buti, Shaykh Nadim al-Shihabi, Shaykh Bakri Hiyani, and many others. We are honored to have Shaykh Issa with us and he is slated to teach Sirah al-Nabawiyyah this year. 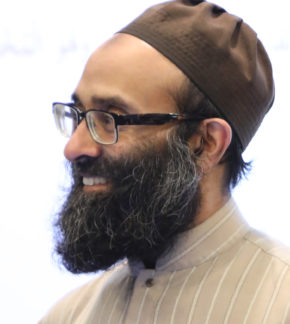 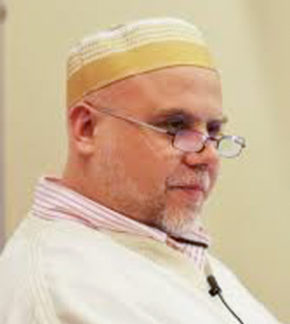 Islamic Studies
He is Ali ibn Abdulhaq al-‘Iraqi al-Husaini. Born in Malaga (Spain) in 1965 and brought up in Tangier (Morocco).

He has translated into Spanish and commented the Risala of Ibn Abi Zaid al-Qairawani, the Hikam of Ibn ‘Ataillah, the Ajurrumiya of Ibn Ajurrum, the Dala’il al-Khairat of Al-Jazuli, the Burda of Al-Busayri. He is also the author of The Practical Guidebook (a commentary on the Al-Murshid al-Mu’in of Ibn ‘Ashir), ‘Aqida–Two treatises on Muslim Creed, A commentary on Surat al-Fatiha, An Introduction to the Science of Tasawwuf, A Treatise on Islamic Governance and a number of other works.

Under the guidance of Shaykh Abdulqadir as-Sufi, he has lived and taught in South Africa, Spain, the USA and the United Kingdom. He has been Imam Khatib in Newark NJ (USA), Madrid (Spain), the Jami’a Mosque of Cape Town (South Africa) and lecturer in Islamic Studies there at the Dallas College. He has been Imam Khatib at the Ihsan Mosque in Norwich where he taught Tafsir, Ash’ari Aqida and Maliki fiqh.

He currently holds the position of Main Teacher and Adviser of The Meem Institute, an institution established in Leicester in 2011 in order to transmit the three aspects of the Deen, Islam, Iman and Ihsan.

The Madina Institute is honored to have Shaykh Laraki as an instructor in Usul al-Fiqh, Maliki Fiqh & Sirah. 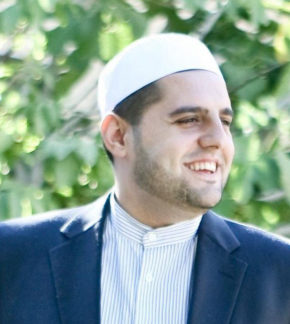 Islamic Studies
Shaykh Didmar Faja is currently the imāmof the United Islamic Center of Arizona (UICA) in Glendale, Arizona. He is the founder and director of the Greenway Academy, an Islamic school co-located with UICA, and founder and director of two Islamic centers in Mexico, La Comunidad Musalmana de Sonora (in the State of Sonora) and La Comunidad Musulmana de Durango (in the State of Durango). He is a religious and spiritual advisor for Naqshbandiyya Foundation for Islamic Education (NFIE) where he delivers a monthly address on topics relating to Islamic spirituality and an instructor at Madina Institute USA in Atlanta, GA where he teaches Al-Arba’­īn of Imam Al-Nawawi and usūl al-fiqh(principles of Islamic jurisprudence) according to the Hanafī school of thought.

Shaykh Didmar is frequently invited to lecture at events and conferences held in the United States and abroad and he is an active participant in, and organizer of, multi-faith activities in the Phoenix metropolitan area. The focus of his work is teaching traditional Islam in accordance with the four schools of ahl al-sunnah wa jama’ah, with emphasis on the Hanafīschool. He particularly enjoys training students in the art of Qur’anic recitation and is the founder of Arizona’s annual Qur’an Competition.

Shaykh Didmar completed his primary Islamic education in the city of his birth, Shkodër, Albania, while attending the Haxhi Sheh Shamia. He completed his secondary education in Istanbul, Turkey where also earned authorization to be an imām and khaṭīb. He completed his post-secondary education in the United States, earning a Bachelor’s in Islamic Studies. His studies have focused on ma’qūl wa manqūl(Islamic speculative and traditional knowledge). He received ijāzāt in fatwā and other Islamic disciplines from the Mufti and the Imam of Abū Hanīfa Mosque of Baghdad, Shaykh Watheq Alobaidi. Throughout his life, he has been blessed to study under well-qualified and righteous scholars of various backgrounds, including Albanians, Kurds, Turks and Arabs.

He is the author of Shprehi Dhuntitë e Zotit Tënd! (Express the Gifts of You Your Lord!) (2012), an edited anthology of Albanian-language sermons delivered on various Islamic topics, andShpjegimi i Dyzet e Dy Thënieve Profetike(Commentary on the Forty-Two Prophetic Statements) (2014), an Albanian-language translation and commentary of Al-Arba’­īn of Imam Al-Nawawi. He has published articles on various Islamic topics in several magazines and newspapers in the United States and Albania (in both English and Albanian).

Shaykh Didmar previously served as the imām of the Albanian American Islamic Center of Arizona – Greenway Masjid (2004 – 2014) and taught Qur’an and Islamic Studies at the Arizona Cultural Academy (2002 – 2009), a full-time Islamic school in Phoenix, Arizona. He is a member of the Arizona Police Reports. He is fluent in Albanian, English, Arabic and Turkish.

Shaykh Majed Sabke Al-Azhari the current Religious Director of McKinney Islamic Association in McKinney, Texas. He joined the Islamic school of Al-Makased in Beirut since his first year of schooling until high school, where he was educated by well-knowledgeable scholars. He graduated from the prestigious Al-Azhar University specializing in Quranic and Hadith Interpretation (Al-Tafsir wa ‘Ilm al-Hadith). He then came to the USA in 1984 and served as Imam in different Islamic centers across the nation. He is currently a frequent visiting instructor of Tafsir for the Madina Institute of Atlanta. 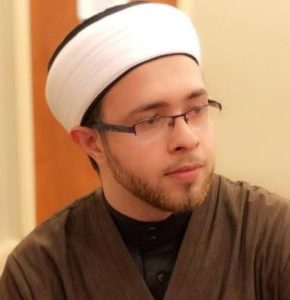 imam-usa@madinainstitute.com
Imam Saifullah Muhammad was born in Chicago Illinois where he began his studies and completed his memorization of the Holy Quran. After completing his high school he traveled to Pakistan and studied in the University Of Al Hassanain and received his bachelor's degree in Islamic Studies. He went on to study more in depth the different Islamic studies with multiple Shuyukh here in America. He received Ijazah of the Qiraah Haf’s An Asim from Shaykh Safar Al Madani. He is now the resident Imam and Quran teacher here at Madina Institute USA (Atlanta).