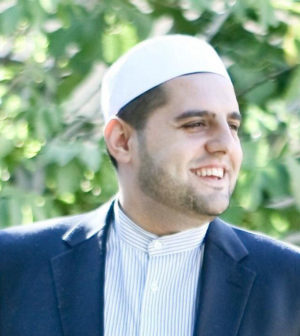 Shaykh Didmar Faja is currently the Imām of the United Islamic Center of Arizona (UICA) in Glendale, Arizona. He is the founder and director of the Greenway Academy, an Islamic school co-located with UICA, and founder and director of two Islamic centers in Mexico, La Comunidad Musalmana de Sonora (in the State of Sonora) and La Comunidad Musulmana de Durango (in the State of Durango). He is a religious and spiritual advisor for Naqshbandiyya Foundation for Islamic Education (NFIE) where he delivers a monthly address on topics relating to Islamic spirituality.

Shaykh Didmar completed his primary Islamic education in the city of his birth, Shkodër, Albania, while attending the Haxhi Sheh Shamia. He completed his secondary education in Istanbul, Turkey where also earned authorization to be an imām and khaṭīb. He completed his post-secondary education in the United States, earning a Bachelor’s in Islamic Studies. His studies have focused on ma’qūl wa manqūl(Islamic speculative and traditional knowledge). He received ijāzāt in fatwā and other Islamic disciplines from the Mufti and the Imam of Abū Hanīfa Mosque of Baghdad, Shaykh Watheq Alobaidi. Throughout his life, he has been blessed to study under well-qualified and righteous scholars of various backgrounds, including Albanians, Kurds, Turks and Arabs.

He is the author of Shprehi Dhuntitë e Zotit Tënd! (Express the Gifts of You Your Lord!) (2012), an edited anthology of Albanian-language sermons delivered on various Islamic topics, andShpjegimi i Dyzet e Dy Thënieve Profetike(Commentary on the Forty-Two Prophetic Statements) (2014), an Albanian-language translation and commentary of Al-Arba’­īn of Imam Al-Nawawi. He has published articles on various Islamic topics in several magazines and newspapers in the United States and Albania (in both English and Albanian).