Why I chose Madina Institute?

Dr. Muhammad bin Yahya Al-Husayni An-Ninowy was born and raised in Syria. He began his study under his father, Sayyed Yahya (Rahimahu Allah), and many of the senior scholars of Aleppo/Syria at the time, memorizing the Glorious Qur’an and acquiring knowledge in many of the Islamic disciplines. Besides attending the Faculty of Usul-ud-Din at Al- Azhar University, Shaykh Muhammad delved further into the fields of Hadith and Tawhid under the tutelage of many of the foremost scholars in Syria, Hijaz, Morocco, Egypt, and elsewhere. Dr. Muhammad also holds a Bachelor’s Degree in Mircobiology from the University of Illinois and a Doctor of Medicine degree.

Dr. Muhammad focuses on reviving the call “Back to Basics” i.e “The Qur’an and Sunnah”, in addition to teaching tolerance, peace, and compassion. Dr. Muhammad is the senior-in-residence scholar at Madina Institute and Masjid in Atlanta, Georgia since 2000. He authored many books in the science of Tawheed, Hadith, and Usul.

Prior to choosing to attend Madina Institute, my background in Islamic knowledge came from my parents, attending a Muslim school until the third grade, and the typical weekly Saturday/ Sunday schooling. Admittingly, A LOT of my “knowledge” also came from the internet—without a methodical approach to verifying the sources used to answer my sea of Google searches. The following piece outlines how I came to realize just how insufficient those efforts were and what led me to choose Madina Institute:

Lost, confused, and constantly searching for a stronger connection to the faith I claimed to practice, I knew I needed to do something to establish a greater sense of who I identified as—a Muslim. Unfortunately, this desire to develop a stronger connection to my faith did not actually manifest itself into any action until I was twenty-one years old. I fooled myself into delaying the search for the knowledge I needed to better understand my faith, my Creator (SWT), and His messenger (PBUH) due to the temporary jewels of this world. Regrettably, devoting little time here and there to study my faith while pursuing higher education and aiming to attain the perfect career seemed fine until my third year of college.

As the daughter of immigrant parents, I always strived to do well in school due to the pressure of knowing all that they sacrificed for me and my siblings. However, I came to quickly realize that my secular studies were not the only best thing to consume my time with. In the second semester of my junior year, my late-night study partner, my co-straight ‘A’ chaser, and my pre-dental kind, loving friend was killed suddenly. She was not a Muslim, but we were still so similar—our ages, our interests, and our nerdy devotion to our studies. Her tragic death led me to evaluate myself at a deeper level and question what I really had to show for myself in terms of my deeds and my actions for the next life. This loss forced me to fully recognize that my future—in the worldly sense—was not guaranteed, a concept that is known to us all but rarely grasped. I was torn by the fact that I worked so hard to achieve the best in this life, while only devoting a fraction of time for the next one. As a result, feelings of an insufficient foundation in the religion I claimed to follow grew, and I knew that something had to change but did not know how to make up for the lost time or even where to start.

Additionally, these sentiments intensified because of what students around my campus called “bible pushers”. These were people in organizations that travelled to college campuses and proclaimed that everyone was doomed to Hell if they did not believe Jesus Christ was their savior. Essentially, these statements would lead to public debates that actually led to most students, irrespective of their chosen faith, working together to voice their views against said organizations. Nevertheless, the debates were usually stacked against the student body because these individuals were trained to utilize topics that the average person was not equipped to analytically discuss. Their common tactic was to refute a student’s response by questioning that student’s devoutness to his or her respective faith. For example, they would ask questions about how much a student understood his or respective Holy Book, if he or she ever formally studied their chosen faith, and lastly, if the student was actively practicing all tenets of his or her faith. For some, it was easy to ignore these individuals because they brought about unorganized chaos, but for me, it was not. I would notice the doubt and confusion left behind on the faces of those who attempted to defend their faith but failed. This drove me to pursue a better understanding of my own religion because of the following two things:

Still, some may argue that the tactics of these types of organizations are actually useful because it leads to people searching for religious knowledge that can strengthen their belief. In my experience, however, I found it to leave more people with feelings of uncertainty that distance them from their faith rather than a desire to gain beneficial knowledge that brings them closer to it. Nonetheless, by the will of Allah SWT, I ended up wanting to pursue Islamic knowledge and build a better understanding of my deen.

Alhamdulilah, I chose Madina Institite as the place to begin my journey of seeking beneficial knowledge. In my last year of college, my siblings and I were no longer the only ones attending lectures, learning new material, and taking tests. That year, my parents enrolled in Madina Institute’s part-time Islamic Studies program. This was the first time I ever saw them review/discuss class material or even take an exam. Even with the distractions of this life, they found time to devote themselves to seeking beneficial knowledge, and I was truly inspired. As a result of what they gained at Madina Institute, I saw changes in how they utilized their time and even how they interacted with others. Witnessing my parents change for the better and prioritize what is really important pushed me to look into seeking Islamic knowledge in an established academic setting after college. It is because of them that I was finally able to prioritize my deen over my dunya. For instance, I became comfortable with the idea of temporarily putting my secular studies on hold in order to finally devote time to studying my deen in a formal manner. Alhamdulilah, I also became more comfortable with idea that everyone has their own path and even though friends and family members that were my age were going to be starting their careers or continuing their secular education, I was going to be do something different. I became excited to join an Islamic Studies program even though it was considered outside of the norm because I finally came to realize the true significance of not only seeking beneficial knowledge but having the ability to do so.

After conducting research on a few different institutions that offered an Islamic Studies program within the U.S., I decided to attend Madina Institute’s program because it offered a curriculum that could be completed in a single year. Most of the programs I looked into met that initial criteria along with the opportunity to learn Arabic to better understand the Quran, so I knew I needed to narrow down the possibilities. I restricted the possibilities by looking at each school’s tuition rates, its curriculum, and the cost of living depending on the school’s location. Not only did Madina Institute offer scholarship opportunities that helped me meet my financial needs, it also offered a wide variety of scholars from all over the world to teach its various subjects. I felt that this school could truly establish a base in my foundation of the Islamic sciences, not only my understanding of the Arabic language—something that I did not fully grasp until I completed my first year at Madina, and still remain extremely grateful for. The comprehensive curriculum offered at Madina is one of a kind and is what really set apart this institute from other institutions within the U.S.

Furthermore, Madina Institute teaches many classical texts that are broken down in a way that is simplified so those who put in a good effort can really benefit from what is being taught here. The Arabic program at Madina is also unique because students are able to learn and then utilize those skills throughout their other courses. Not only will a student’s ability to comprehend some of the Quran increase due to the large amount of vocabulary and grammar skills that are taught, he or she can also apply those skills and new knowledge to breakdown classical texts by the end of the year. One will be able to attest to this if they join this program and work diligently inshaAllah. Aside from those components, this institute also caters to the needs of every kind student. For instance, it benefits those who do not have a strong background in Islamic/Arabic studies while also challenging those who do. It creates an environment for all types of students—the learned and the unlearned, the young and the old, and lastly the degree holders and the non-degree holders. All in all, I will forever be appreciative of the opportunities I received at Madina Institute and only see this place that spreads knowledge and compassion grow to be more influential and improve as time goes on, inshaAllah.

A note to those seeking to become seekers of knowledge:

Ask yourself why you want to begin this search in the first place. If the answer is to simply gain knowledge or to become a better/more confident Muslim, that is not enough. Try to make getting closer to Allah SWT and His messenger and increasing our love for Allah SWT and His messenger the priority, something I learned very quickly here at Madina Institute. When the focus is on Who we are worshipping, everything else falls in line and better understanding Our Creator and who our Messenger PBUH was takes place at Madina. So, choose Madina Institute, you won’t regret it! 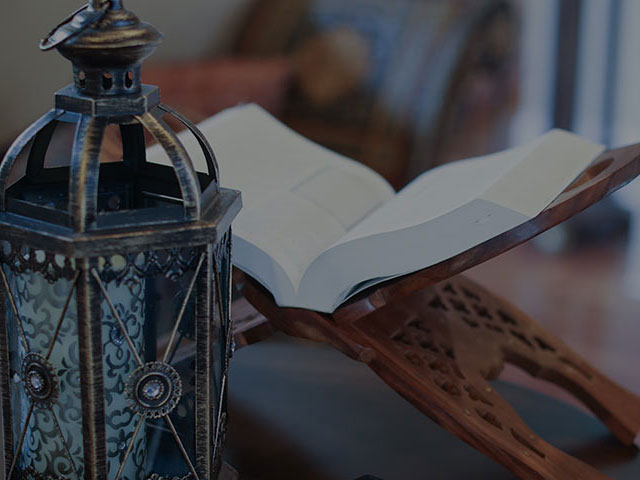